In the early Fifties, British motorcycles started gaining popularity in the American marketplace. Needing to offer a motorcycle that was lighter and faster than their 1200cc Big-Twin bike, Harley-Davidson introduced the sporty K-Model. Although a four-year run may seem insignificant in the Motor Company's 100 year-plus history, a change from flathead to overhead valve design in 1957 turned the K-model into Harley's most successful selling motorcycle of all time, the Sportster.

The 'middleweight' K-series engine was based on the bottom end of Harley's 750cc side-valve W-series. Using the same 2-3/4" bore with a 3-13/16" stroke, displacement measured 45 cubic-inches. Compression ratio was 6.5 to 1. Cylinder heads were aluminum and finned to aid cooling. To save weight and space, the K series transmission was housed inside the rear of the engine cases, with a primary chain used to connect the crankshaft to a dry clutch. Unitized cases were not new for motorcycles. English bikes such as the Vincent Black Shadow had previously used this design.

While the Big-Twin Harleys still ran a three-speed transmission operated by a left-hand tank-shift and foot-clutch, the K-model's four forward gears were shifted by the operator's right foot with a left-hand clutch lever. Gear-shift and drive-chain were on the right-hand side, with foot-brake on the left. This was done to compete in flat-track racing, and was opposite of what the Big-Twin Harleys were running.


Clearly the best handling Harley V-twin yet, the K-model's front forks were hydraulic, with a swingarm and twin shock absorbers used in the rear. This was the first time a civilian motorcycle produced by Harley-Davidson used hydraulic suspension on both wheels.


With a motor producing 30-horsepower on a bike weighing 400 pounds, first-year models were not much faster than Harley's 600-pound Big-Twin bikes. For 1953, H-D introduced the KK-model, which featured hotter cams and factory cylinder porting. Production total for 1952-1953 the K and KK-models was 3,693. Also this year, the race-only KR-model started it's long and successful 16 years of production.

In 1954, the K was replaced by the larger-engine KH-model. Looking for inexpensive ways to increase power, Harley engineers upped engine displacement from 750cc to 883cc. This was achieved by lengthening engine stroke from 3-13/16" to 4-9/16". Cylinder jugs were made slightly taller to accommodate the new dimensions. Power was further increased by redesigned ports and bigger intake valves. To handle the extra power, the flywheel was redesigned and clutch enlarged from five disc to seven. Now producing 38 horsepower, top speed on a stock KH was 95 mph. The performance KHK-model featured higher-lift cams and polished ports.

In the Fall of 1953, Harley-Davidson celebrated its 50th Anniversary in business. To commemorate this occasion, 1954 models displayed special medallions on the front fenders. Golden Anniversary KH's and KHK's were available in Pepper Red, Glacier Blue, Forest Green, Daytona Ivory, or Anniversary Yellow. If a customer so chose, gas tanks could be ordered in one color and fenders in another.


In 1955, a frame redesign included a lower seating position and shorter front fork tubes, both improving handling and giving the bike a sharper profile. To resolve problems caused by the increased engine torque, the rear wheel hub and spoke diameter were increased in size. A running change from 1954 saw revised engine cases having a trap-door, allowing access to the transmission without having to split the cases.

Now offered in an array of colors, the K-Model was a sharp-looking bike. The older-style tail-lamps were replaced by more modern units from the Big-Twin Harleys. Frame and suspension improvements helped handling, but when compared to the OHV 500cc British Twins of the day, the K still lacked power. Increasing the engine size to 54 cubic-inches (883cc) had helped, but weight had also gone up. In 1956, a frame redesign had the engine mounted lower in the frame, and the backbone above the rear cylinder flattened. Arrival of a taller overhead-valve motor was apparent. The new OHV engine was fitted in 1957, and the K-series was renamed the XL Sportster.

Elvis Presley was a motorcycle enthusiast, and in his lifetime owned a number of Harley-Davidsons. As a young star, Elvis' first Harley was a 1956 Pepper-Red KH-model. Presley purchased this motorcycle from Memphis Harley-Davidson in January of 1956. In May of that year, he appeared on the cover of the Motor Company's official periodical called 'The Enthusiast'.

Elvis eventually sold the KH to a man named Fleming Horne, who, in 1995, sold the bike to the Harley-Davidson Motor Company. It is believed to be the only Harley with a signed title in the name of Elvis Presley. The Elvis bike has been on display in the museum's Pop Culture exhibit since 2008. Every manufacturer has a skeleton in its closet, and in Norton’s case, it’s the Hi-Rider. Arguably the first factory-produced custom, it looked like powered version of children’s bicycles such as the Schwinn Sting-Ray and Raleigh Chopper. Which themselves were parodies of choppers with banana seats and ape-hanger bars.
History has now come full circle, and the ungainly Norton is teetering on the verge of coolness. This heavily customized 1974 Commando 850 Hi-Rider, built by Frenchman Julien Azé, tweaks the Hi-Rider’s gawky lines and is one of the most original builds we’ve seen in a long time. As with most interesting bikes, there’s an equally interesting story behind it. “I bought the bike from Yves Delamare, an importer of English motorcycles,” Julien recalls. “For Yves this bike was incongruous in his stable—but for me, it was the Holy Grail. Despite its numerous stylistic faults, this English bike just reeked of California.” The Commando had also been butchered. “The previous owner had the ideas, but not the means,” Julien laments. “Mechanically, the bike was not functional. The front tire was from a car, and the sissy bar looked like it had been chewed by teeth. Everything had to be redone.” Julien was thrown in at the deep end.
As luck would have it, one of his neighbors is Vincent Prat of the Southsiders MC, the crew that organizes the annual Wheels & Waves festival in Biarritz. “The Norton got me thinking,” says Vincent. “Why do we see rigids based on Triumphs and BSAs, but never Commandos? It’s an unanswerable question, but we are very proud of the finished build.” Vincent put his knowledge and garage at Julien’s disposal, and over the next two years, the Commando took shape. After learning the ropes helping to build Florent Graglia’s stunning 1973 Norton café racer, Julien tore down the Hi-Rider and painstakingly reconstructed it, piece by piece. “I would go off riding, and it would break down. I’d repair the problem, and then find another,” he says. “Our relationship was up and down: full of joys and despair, frustrations, the desire to abandon the project, and then to start it again.”
Compare a stock version of the Hi-Rider to Julien’s machine, and you’ll see that it was worth it. The handlebars, sissy bar, oil tanks and bobber seat are all handmade. The headlight is a 1930s Cibié, as found on the legendary Chanel Triton. The 19” front wheel is a restored original fitment, but the back rim has been dropped from 18” to 16”—instantly making the Norton look less like a pushbike and more like the 1960s choppers it originally hoped to emulate. And the way the line of the exhaust meets the base of the sissy bar is genius. “Everything was done in the garage,” says Julien, who benefited from the Southsiders’ famous camaraderie and skills. The work paid off. “The engine now runs like clockwork, and the roadholding lives up to its promises—with the bonus of watts à gogo as it accelerates!”
Several days ago Vincent and the Southsiders crew took took turns on the Commando on the road. “As I saw their collective smiles, I said to myself, the project is validated,” Julien smiles. “Until the next breakdown!”
Images courtesy of Benoit Guerry. Head over to the Southsiders MC site for more images and details.
Indsendt af Northern Spirit kl. 07.57 Ingen kommentarer: 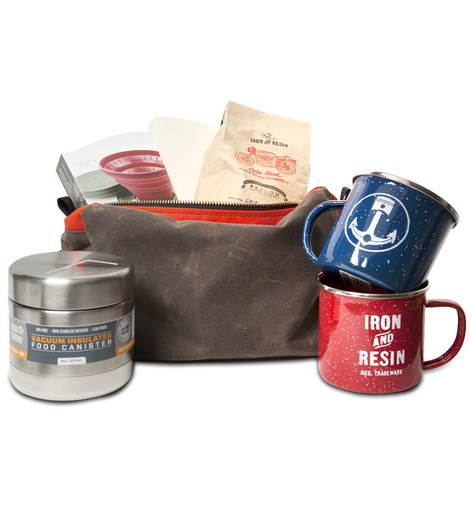 Here at Iron & Resin we take our coffee very serious and there isnt a day that goes by without a cup of hot joe. Whether it is chasing waves and camping on the beach in Big Sur or a cold morning in the high desert, this kit is perfect for any adventure and is built to last! 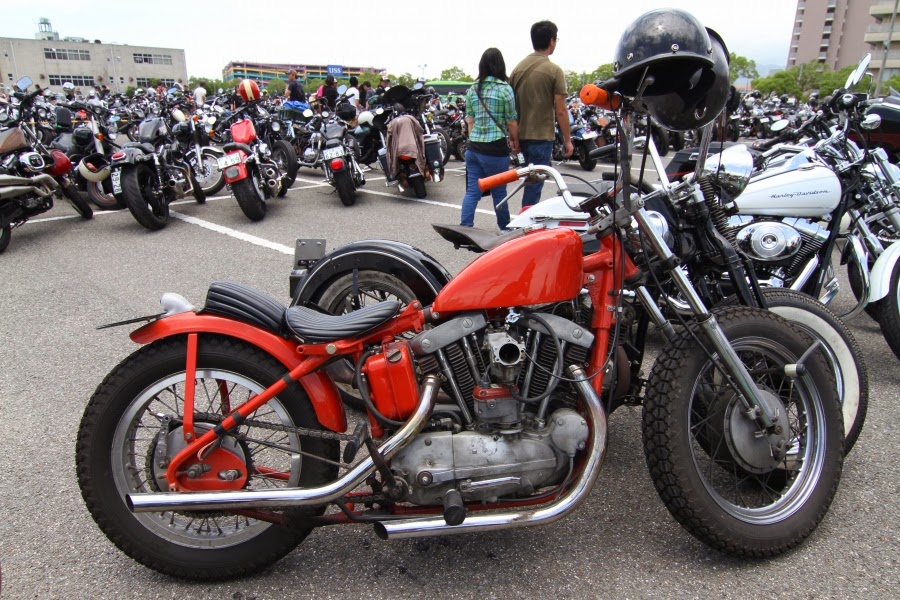 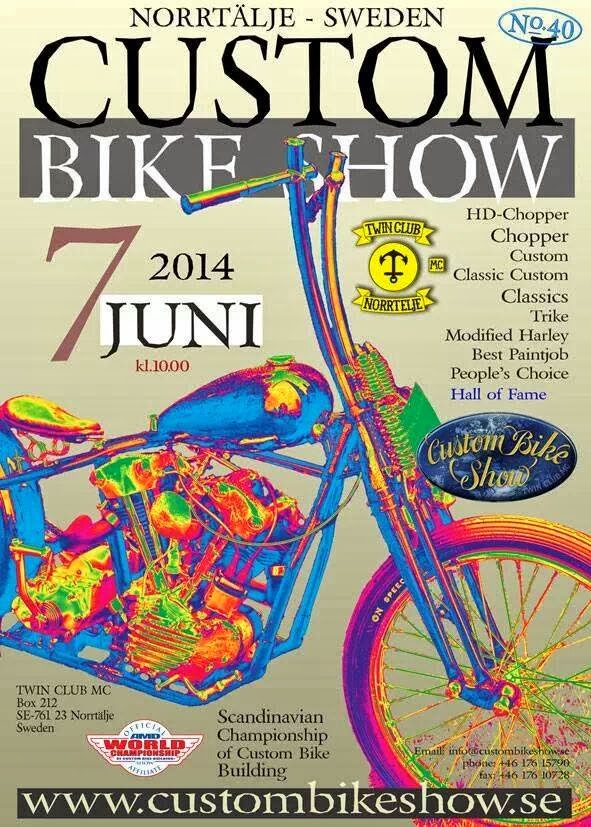 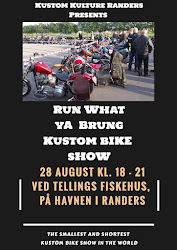 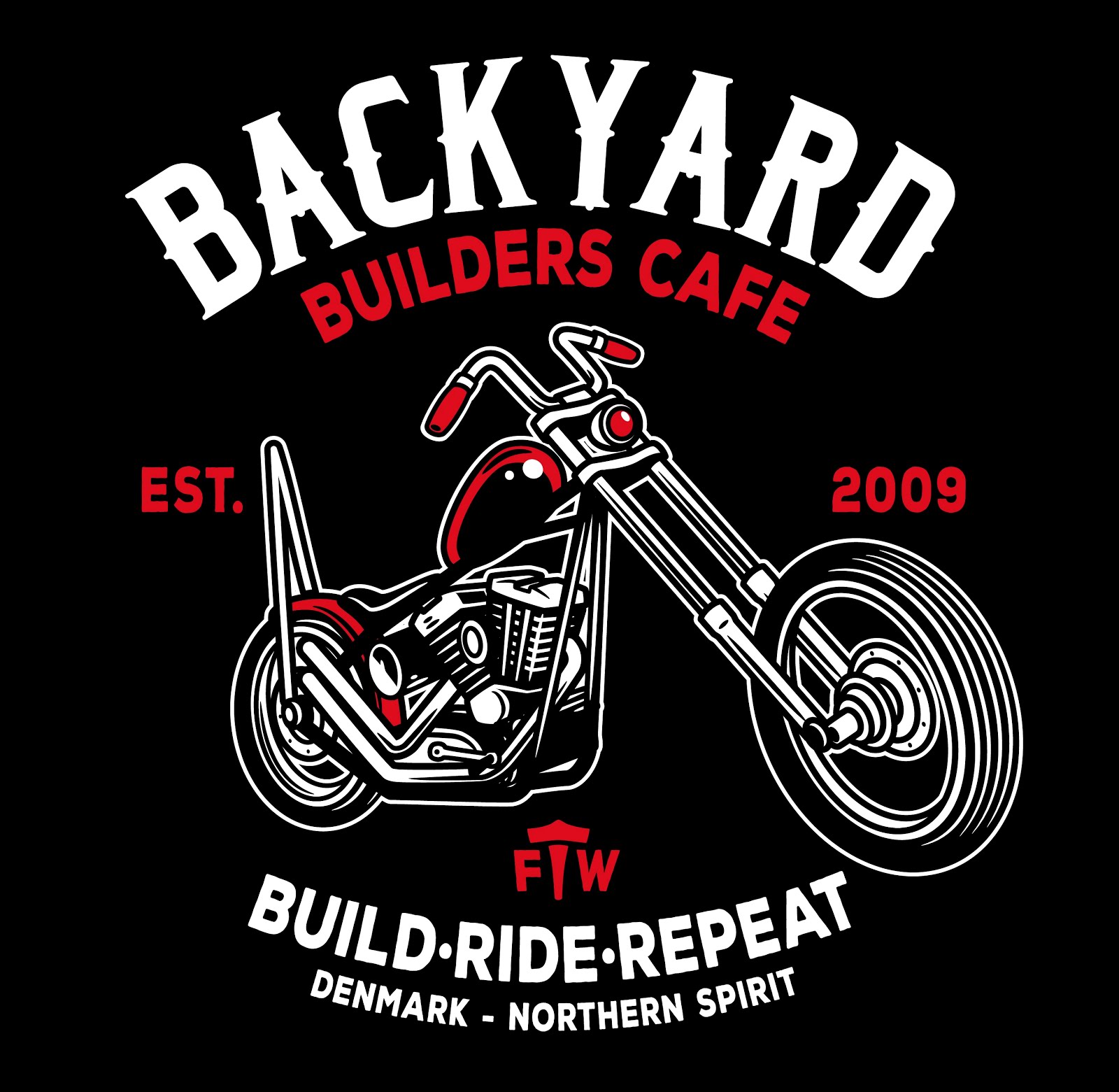 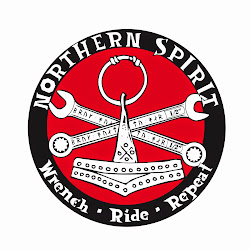 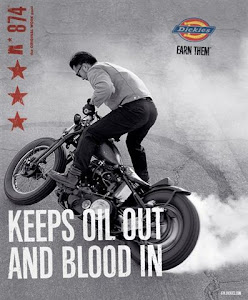 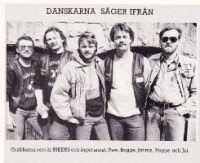 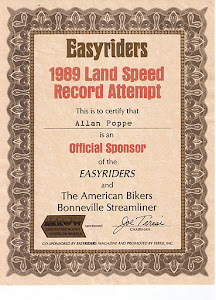